IF YOU WOULD LIKE TO SUBMIT A LETTER TO THE BCFP EDITOR. SEND LETTER TO FREEPRESS@BEDFORDCOUNTYFREEPRESS.COM
TITLE LETTER
A LINK WILL BE MADE FOR YOUR LETTER
SIGN YOUR LETTER

On Thursday, December 19, the Bedford Borough Council voted down a proposed change to the Borough zoning ordinance that would help encourage building improvements on at least 6 vacant corner lots. The modification would have changed the side yard setback on corner lots in R-1 zoned areas from 25’ to 20’. Property tax revenue would have been increased by about $75,000 over a ten-year period, an estimate based on revenue from a house recently constructed on a corner lot.

Voting against the proposal were Jeff Rinscheid, Sharon Turkovich, Bill Blackburn, and Tim Weaverling. Voting for the proposal were Patrick Neff, John Cessna, and Dean Lemley. Mayor Bill Leibfreid spoke in favor of the proposal. Neighbors of the Wehlings have spoken in favor of the change, namely Rusty Fritz, Candi Buzzard and Raymond Smith. The Wehlings are grateful for the support of these and others who have favored this proposal. Lloyd Roach was the only member of the public who has publicly opposed the change, because of the “optics” of who was presenting it.

Jim Wehling and Jo Wehling asked Council to consider this change for property they recently purchased at 618 S. Juliana Street. The Wehlings pointed out that the Borough population has decreased 26% since 1960, that local services tax revenue is decreasing, that the school district is removing at least one property from the tax rolls and perhaps others, and that the 25’ side yard requirement is more restrictive than similar rules in 5 of 6 nearby Boroughs that are also county seats.

Opponents of the proposal failed to articulate any reasonable explanation for their opposition. Jeff Rinscheid’s convoluted attempt to do so was not understandable.

In your face Taxpayer!!!

The Bedford School Board did a sweet trick to screw the taxpayers. They decided to raise School Property Taxes 2.9%!!! The reason given is they were considering purchasing property and maybe a Gym renovation and/or maintenance? The affected neighbors talked them out of property purchase! But, at the same time, they also decreased the homestead exemption amount. My fall tax bill with the tax increase and HSE decrease gives a 5.8% revenue increase instead of 2.9%. Sweet move, board!! It seems almost comical that with $6,800,000 on hand and record revenue from the state and Feds. that a tax hike is needed!!! The economy is good, so get them while no one is looking. Property owners are screwed again! But, after all it is about the kids, you know!!!!
Regards,
Donald Keller

Checks and balances of EXECUTIVE AND LEGISLATIVE POWERS rest in a Three- member BOARD OF COMMISSIONERS. Commissioner Boards are entrenched with power well beyond that of leaders at State and Federal level. There is a lack of natural and healthy debate in decisions and issue recognition and prioritization. The board controls the agenda for action. Only two votes control the decision-making process for 49,500 people. As a result, there is not enough healthy debate to properly serve the public. Currently, decisions on issues are always made without the general public input or knowledge. Political ambition and Egos can be influenced!

Remedy: Replace the current three-member Board of Commissioner model. Provide a strong independent Executive Branch with an elected or an appointed County Executive. Currently the County Clerk/County Administrator serves at pleasure of the Commissioners. Provide for strong legislative council with 5 to 7 members to represent cross county representation. With perhaps at-large Regional representation on the council. Impose term limits for any elected official, stagger legislative council terms so that periodically the council positions would be open for replacement through election. Corresponding reduction in compensation to council from that formerly paid to commissioners.

I would suggest the elimination of elected Row Officers. Transfer the Prothonotary Office to the judicial branch and create a unified county solicitor’s office.

How to proceed. Under our state statute Act 62 of 1972 (Pennsylvania’s Home Rule Charter and Optional Plans Laws), home rule procedure requires that an election be held with a question about forming a Government Study Commission. The Government Study Commission serves as a representation of the community at large in examining the current local government, considering alternatives, reaching decisions on how the local government might best be run and presenting recommendations to the voters. The members serve without pay and the commission is disbanded once its work is complete. A sample ballot question would be something like: “Shall a Government Study Commission of (seven, nine or eleven) members be elected to study the existing form of government of the municipality, to consider the advisability of the adoption of a home rule charter, and if advisable, to draft and to recommend a home rule charter?” Subtitles

The Commission can be authorized by ordinance of the governing body (Commissioners) or upon petition of the voters. The Commission has up to nine months to complete this study. If the commission decides that the current form of government is inadequate, it has nine more months to undertake its second task, which is to write a new charter, which would then be placed on the ballot as a referendum for citizens to accept or reject. A home rule municipality drafts and amends its own charter and can exercise any power or perform any function not denied by the state Constitution, the General Assembly or its home rule charter.

Currently there are 7 counties and about 71 municipalities in Pa. using Home Rule Charter.

The Pennsylvania Turnpike has an amusing way of building interchanges. Take for example, Carlisle in Cumberland County. In order to access North-South I-81 from the Turnpike, every driver must enter a two mile gauntlet over Route 11 jammed with truck traffic, stores, restaurants, hotels, gas stations and other businesses before you find the entrance ramp to continue your journey on I-81. Or try getting off at Morgantown where you enjoy a Merry Go Round of ramps that eventually lead you to I-176 that takes you to Reading. And then there’s our own Breezewood Interchange where each motorist must take a 2 mile joy ride in each direction just to replenish their fuel, rent a hotel room or eat a sandwich. There is also a curious out-of-the-way intersection from the Eastbound Turnpike with I-70 which sends you off to Baltimore or Washington after you’ve gone the wrong way for several miles.

In 2016- 2017, three articles were published in the New York Times, Reading Eagle and the Wall Street Journal exposing these mindless traffic patterns and the two lane bottleneck at Breezewood. One of the suggestions made by writer Charlie Savage, was to re-locate the Breezewood interchange to where I-70 and the PA Turnpike meet. What a concept! If the interchange was rebuilt where the two roads actually cross, egress and exit ramps would head you in the right direction without conducting a treasure hunt for the correct highway. It seems to me this would be a tremendous economic opportunity for the truck stops, hotels, restaurants, gas stations and every other service business now struggling to survive in a shabby Breezewood littered with empty lots and the ruins of run down former motels. With the re-alignment, entering and exiting at the “new” Breezewood would be, well a Breeze!

The new interchange would enable newer hotel brands and restaurants to take advantage of a more convenient and improved rest stop which would empower present businesses to modernize and expand. Prior to 1968 when the Sideling Hill and Raystown tunnels were decommissioned, Breezewood, was a lot more convenient to travelers. A realigned Breezewood at the crossroads of the Pennsylvania Turnpike and I-70 would make it easier for travelers to use this excellent location and most assuredly create more tourism and visitors for all of Bedford County by creating a modern and more attractive gateway to Bedford County. This change would provide an exceptional location for a “Visitors Bureau Welcome Center.”

According to Carl Defebo, PR Director for the Turnpike Commission, the 350+ mile highway in undergoing an enormous “Total Reconstruction” project that will eventually reach Bedford County. Perhaps this may be the ideal opportunity to free Breezewood from its bondage of congestion. The McDonald’s franchisee at Breezewood has probably heard the famous admonition by its founder Ray Kroc who said, “When you’re green you grow and when you’re ripe you rot! Eliminating the Bottleneck at Breezewood would bring a breath of fresh air and open the gates in Bedford County to more visitors.

(Mr. Roach is the former Chairman of the Chester County Transportation Management Association. (TMACC) and the son of Isaac Roach, who served as a Traffic Safety Consultant to the Pennsylvania Turnpike Commission in 1939.)

‘(Apology for Major) Lapse In Judgment’

Since my alcohol-related car crash nearly two weeks ago, I haven’t been able to forgive myself for the grievous offence. Thankfully, nobody else was involved. I am, however, aware that I caused property damage…By way of this letter, I wish to apologise not only to the property owners, but to the Bedford Area community, particularly those whose lives I could have affected, but thankfully did not. Whatever issues or troubles I sought to erase with the bottle were obviously better suited for behavioural therapy, and/or taken up with a counsellor. I regretfully resorted to the former, and am now, needless to say, the worse for it…My sincere hope is that the good people of this community can find it in them to forgive me for the careless transgression. Yours faithfully,Austin P. 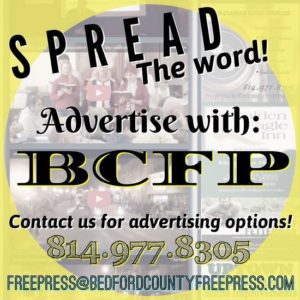 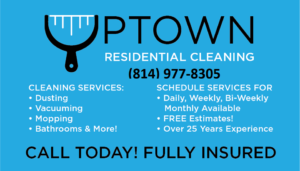 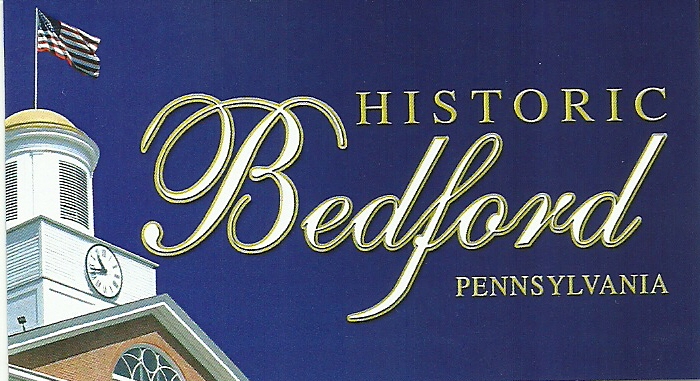